A forum for talking about GNU/Linux and free an open source software.

A place to discuss your desktop environments and window managers. Need help installing your DE? Ask here. Need help configuring your new tiling window manager? We might be able to help.
Post Reply
3 posts • Page 1 of 1

I've been waiting for Derek to cover this fantastic little piece of software, so maybe I'll shill it a bit to get the ball rolling

Window Maker is a floating window manager emulating the NeXTSTEP GUI (NeXTSTEP was pretty influential in a lot of modern workflow and design trends, seen in macOS's Aqua especially. It also established the Objective C Cocoa API, which macOS still uses to this day!) 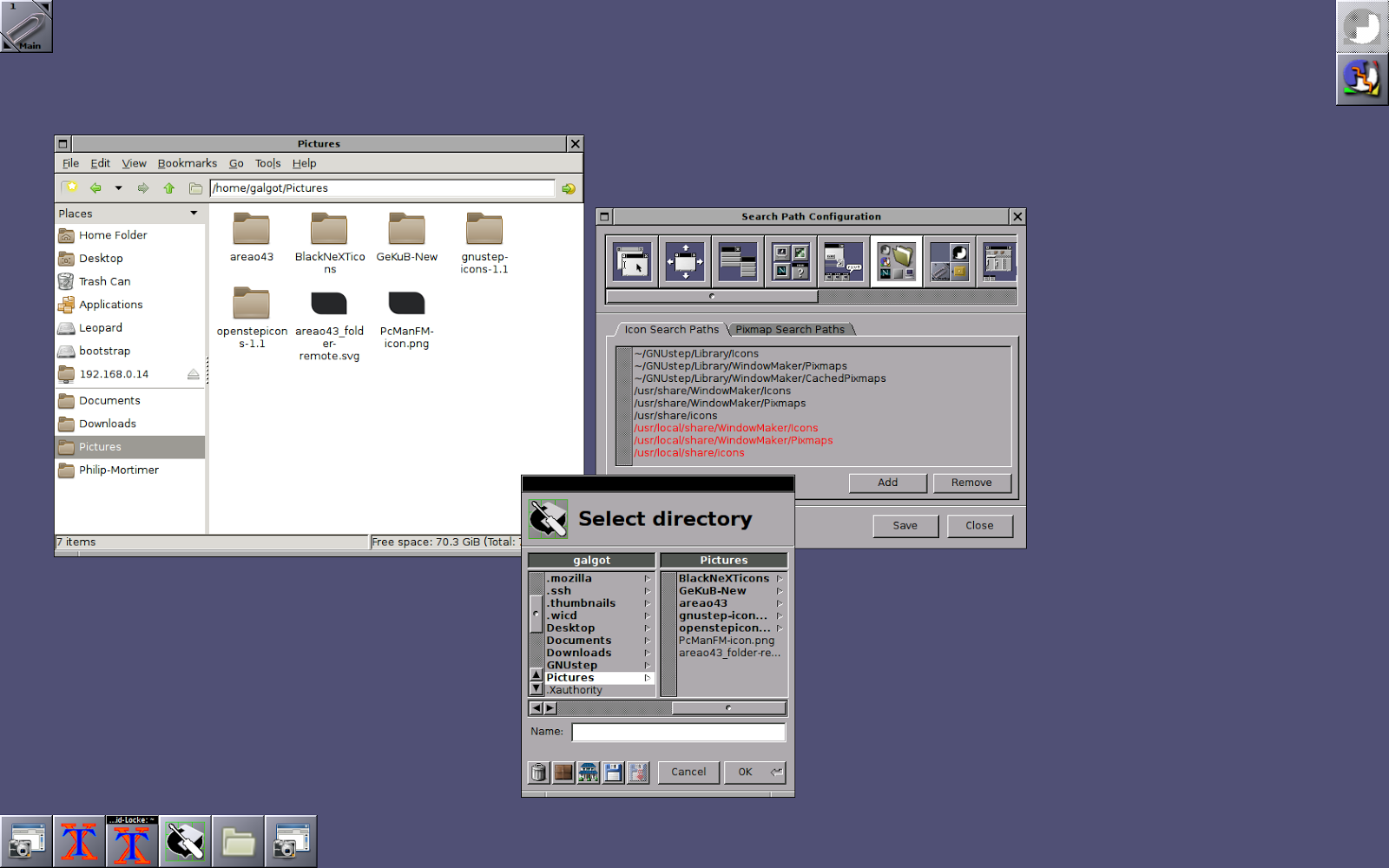 The window manager has a bit of a retro look which some may like, especially when you add in dockapps (I'll cover those later)

It's very easy to configure as it comes with a nice GUI utility to do so, good for quickly tweaking to your liking. (This is never granted with a Window Manager, so nice to see it here

Window Maker's workflow is based around workspaces, and the dock. Like most tiling window managers, it let's you created named workspaces, where you can configure applications to automatically launch on. Keeps all your applications nice and organized! The dock, which is very similar to the modern macOS dock, contains your application icons, where you can launch them from. Launched windows by default add an additional icon on the left hand side of the screen when minimized (Not at the dock)

The coolest part about the dock is arguably the dockapps, little widgets you can pin to the dock that display some information, not only are these aesthetically pleasing, they're handy too! Apparently, easy to make to (not that I've tried), so you can go wild displaying whatever you want

Windows can be minimized to their handle, instead of completely minimizing and disappearing, you just get the top handle which you can move around. I have no idea why more Window Manager's don't do this! It's super useful.

And of course, I can't mention the merits of Window Maker without talking about GNUstep

Remember how I mentioned NeXTSTEP establishing the Cocoa API? Well, GNUstep is what's often used in Window Maker setups to use the same Cocoa API. It's completely optional, and usable in other desktop environments, but arguably best paired with Window Maker.

Here's a look at some GNUstep applications. Personally, I find these really nice looking. GNUstep applications also come with a feature missing from running regular applications within Window Maker: The floating menus from NeXTSTEP. See the little Gorm and LinuxMag menus in the top left? You can drag those where ever you want. This is very handy for getting optimum placement of menus (since you use them a heck of a lot in these!), and no worry about menus in Windows being covered by another window which you'd then have to fiddle with. I have no idea like there hasn't been a feature like this since NeXTSTEP! Another cool bit about GNUstep is you can compile any Cocoa based Objective C application from at least 10 years ago or so, with it's original source, and have it just work. They're fully compatible. (I've been thinking about compiling the Cocoa version of emacs

But, do keep in mind, GNUstep is completely optional, Window Maker is still a completely usable and lovely desktop without using GNUstep software.

That's about all I have to say! Look at https://wiki.archlinux.org/index.php/Window_Maker if you'd like to take a crack at using it. Other things you might wanna look at if you like the idea of what I described are NEXTSPACE https://github.com/trunkmaster/nextspace, which is aiming to completely emulate a NeXTSTEP environment, unlike Window Maker's sort of hybrid approach. Additionally, the GNUstep Live CD, which is a preconfigured Window Maker and GNUstep environment. http://wiki.gnustep.org/index.php/GNUstep_Live_CD 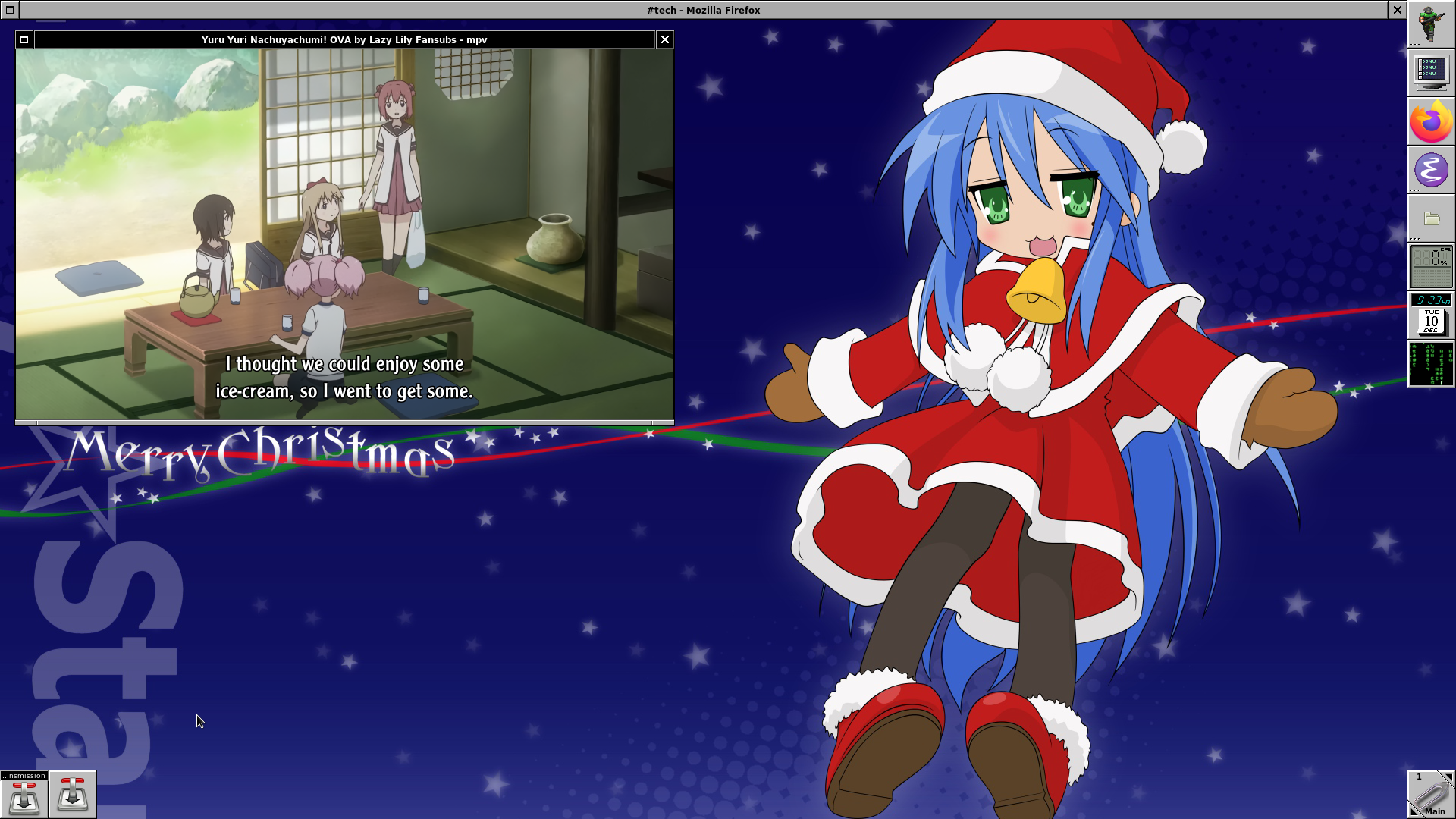 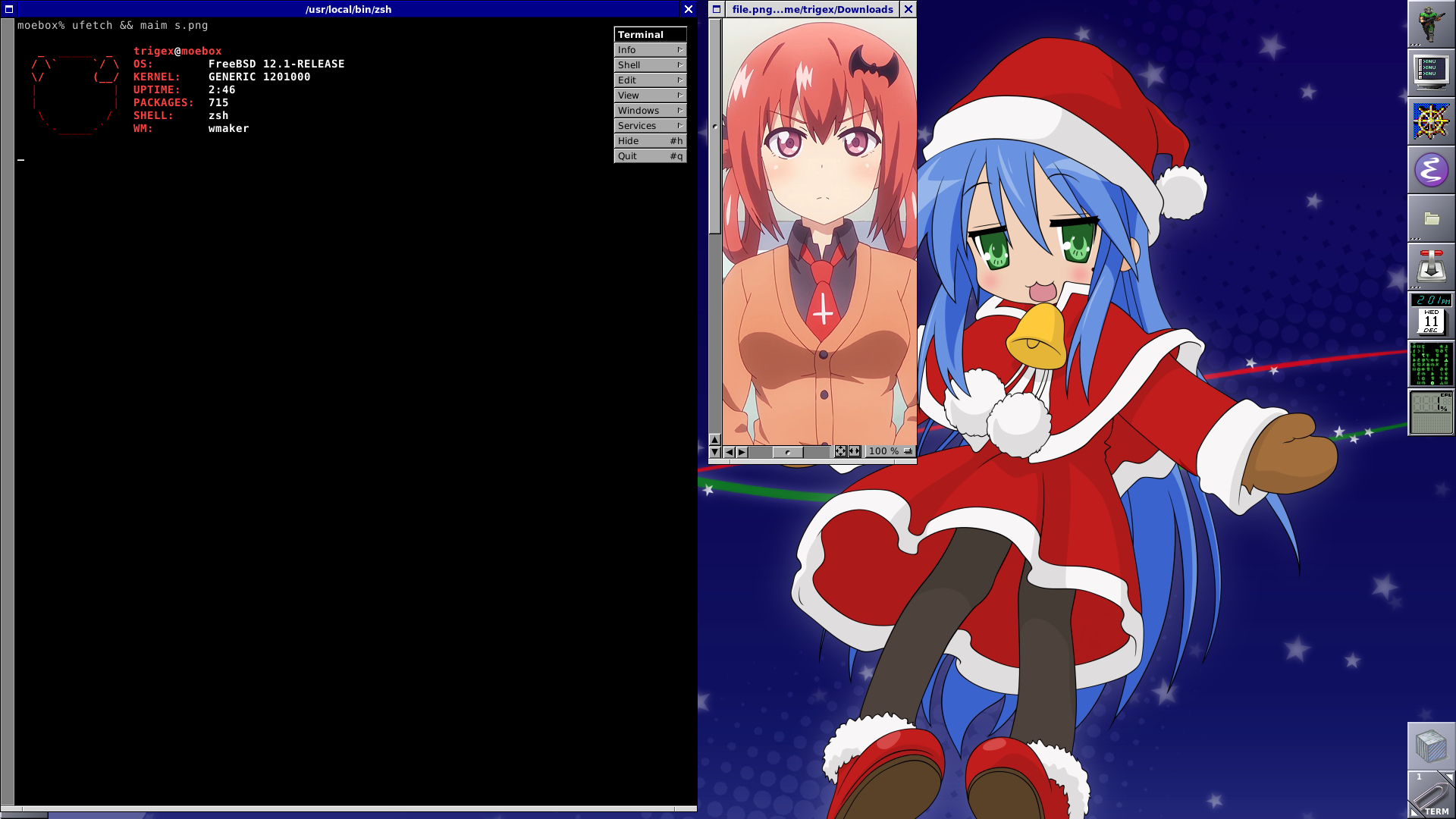 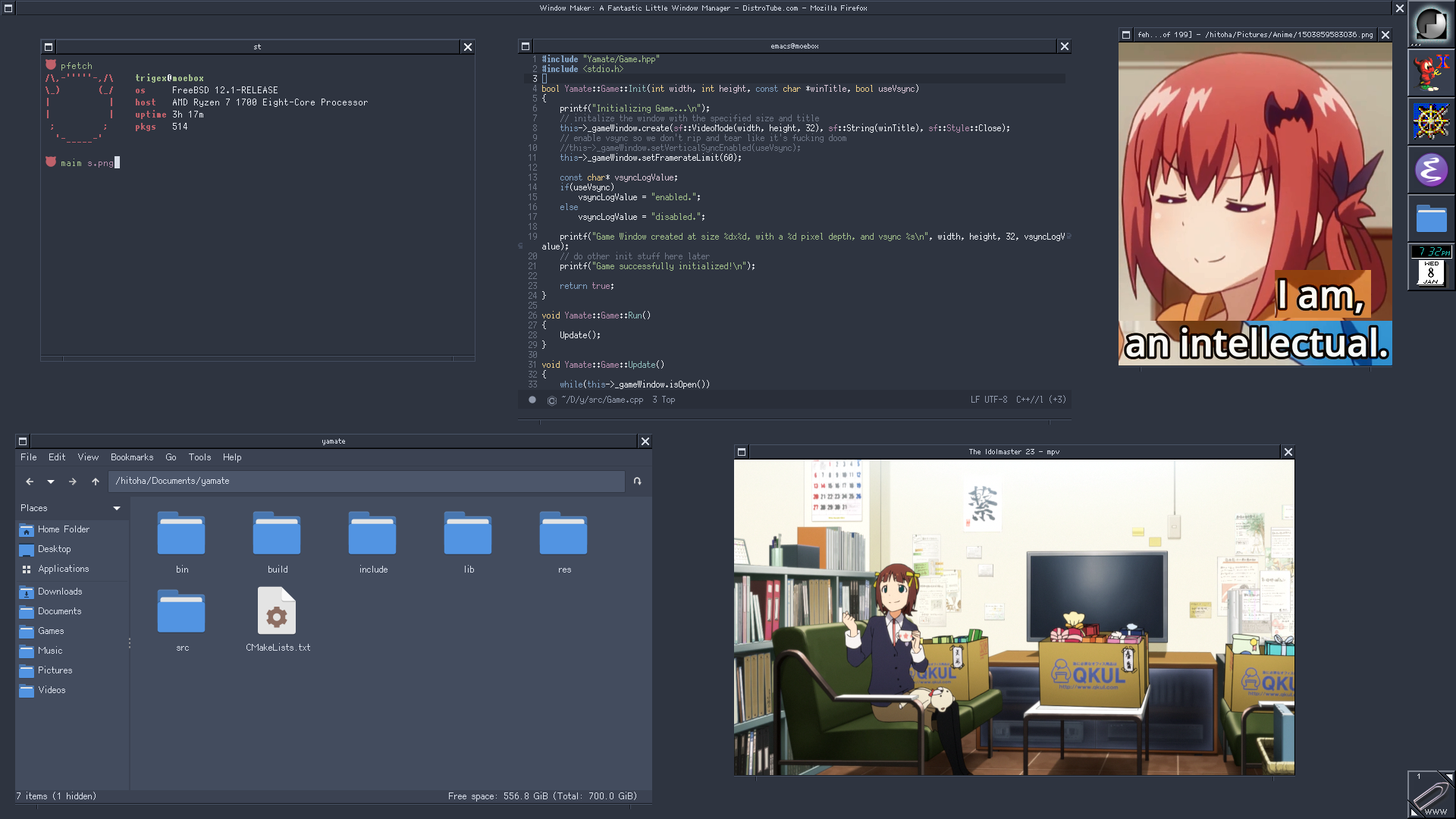 My current rice for it, if anyone was curious

I guess I need to check out Window Maker at some point. At least, it isn't as crazy a suggestion as ratpoison or CDE.
Top
Post Reply
3 posts • Page 1 of 1